City dwellers seldom socialize with their neighbors today and the sense of community has been lost. Why has this happened and how to solve this problem?

Essay topic:
City dwellers seldom socialize with their neighbors today and the sense of community has been lost. Why has this happened and how to solve this problem?
In this age of change, human society has been progressing rapidly on various fronts. Yet the relationship between individuals has become estranged. In spite of talking to their neighbors, individuals tent to remain in their own home to avoid direct contract with others. This issue has raised the attention of many countries worldwide. This this essay, I will demonstrate the possible reasons that contribute to this problem.
First of all, the lack of security is a crucial fact of the alienation between people. To be specific, humanity living under the stress of modern society is suffering from the feel of insecurity. For instance, it is not uncommon to find someone claims that he or she has been robbed, or he or she has been cheated or been stabbed in the back. These real life experience makes it more and more difficult for individual to trust other, especially stranger such as neighbors or acquaintance for his or her community. Moreover, the media has accelerated the sense of unsafe among humanity. In the past few decades, the development of media, such as TV shows and movies is fascinating and our culture has been transferred alone with it. In order to attract more viewers, TV shows and movies start to show extremely violent and criminal materials. In spite of the fact that most of the horrible scene is fake, audiences are still influenced by what they see. These negative affects has been deeply impact the way individual treat each other. Hence, humanity begin to avoid socializing with each other so that they can become safe and sound. In addition, the increasing pressure from work has deprive from people the leisure time that can be used to social with others. With the development of socioeconomic, there is an increasing intention of competition between people at work. In order to survive in this trend, individual has no choice but to work hard by working beyond the clock. Therefore, individual is unlikely to have the time and opportunity to communicate with their friends.
As illustrated above, there are various reasons leading to the alienation between people. Hence, the solutions should vary correspondingly. To start with, people should try to open their heart and embrace life. Instead of staying alone in their own room worrying about the unpredictable dangerous, humanity need to be brave and accept the life and destiny they are given. Government should draw more attention to the living condition of community and fight crime so that citizens would increase their confidence in strangers and begin to trust each other. Besides, media should spread more positive message to the whole society other than violent and criminal scene. TV shows and movies could produce story which can bring the audiences happiness and comfort other than fear and worries. For instance, TV show can produce the happy story of a normal family that living with their nice and kind neighbors. Shows like this would possibly address the problems.
To sum up, there are a serious factors that contribute to the issue of alienation between people. To tackle this issue, a variety of different methods should be conducted through the effort of both individual, media and the government. Only in this way, in my opinion, can we sole this problem successfully.
Kirimkan Ini lewat EmailBlogThis!Berbagi ke TwitterBerbagi ke FacebookBagikan ke Pinterest
Posting Lebih Baru Posting Lama Beranda 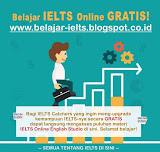 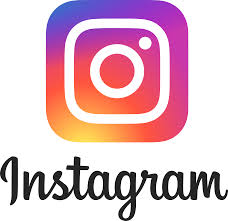 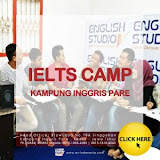 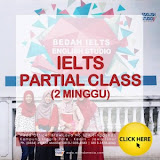